John Sutcliffe is a legend in fetish circles. Aside of creating fetish wear (he really was the first), he made costumes for Allen Jones’ work, Marianne Faithfull in Girl on a Motorcycle, was stocked at Vivienne Westwood and Malcolm MacLaren’s Sex, and his bespoke clothing was featured in various stage and screen endeavours, though not the Avengers as had commonly been said, it is likely however he made them. His story- as far as rubber and leather is concerned- begins in 1957, where unable to find a motorcycle outfit for a lady friend, he tasks himself with making one. Thus began a highly successful bespoke leather business, making clothing for women which up until that point hadn’t existed and was a roaring success with both women who rode motorcycles, and kinks. Knowing the tastes of his clients and after initial hesitation, he started producing rubberwear in 1967 to complement his leather goods, by which time the business had grown and he had to move it from his Hampstead flat to premises in Covent Garden. It was not until 1972, at the suggestion from one of his regulars (and Atomage writer) Helen Henley that he started a magazine, initially to normalise, and popularise the idea that leather and rubber could be worn for both utility and pleasure. Initially printed in a run of 800 copies, and available by mail order from his workshop, Atomage featured his own creations, articles by husband and wife Robert and Helen Henley and order forms for clothing and future issues. It went on to feature the Mackintosh club, diving, utility wear, masks, wading, mudlarking and every other type of clothing fetish that existed or had yet to be categorised, with a correspondence system for readers and a lot of pictures of readers in their favourite clothing, thus effectively giving birth to a social circle, and a burgeoning scene. By issue 13 of the magazine regulars were complaining about the fetish heavy content, so a supplement was created to focus on the more kink oriented aspect of the publication. Atomage continued happily alongside the clothing business until 1980, gaining stockists and new fans year on year, until Sutcliffe set his sights on the international scene, and rechristened the magazine Atomage International, with a larger A4 format, and 2 further magazines focusing on Bondage and Rubber respectively. Disaster struck in 1983, when a prudish member of the public send a copy of the Sutcliffe published Story of Gerda to the police, resulting in a raid, confiscation of his entire stock, and the destruction of the printing plates for all his material. Greatly diminished, he relocated to Park Royal, where he continued to make clothing until his death in 1987. Aside of the odd item of cherished clothing in personal wardrobes, and a flourishing scene that Sutcliffe helped facilitate, Atomage is all that is left of his legacy. It’s a real insight into a private world shared by few, where rules of engagement are quite different to mainstream society, and the extremity of the clothing and (to most people) unconventional behavioural codes contrast strongly with the often mundane contexts they appears in. Suburban semi’s, gardens, road lay-by’s and home made dungeons all appear in the fantasy pages of the magazine, along with all sorts of people, some ordinary, some not so. To the unacquainted reader it is very much a parallel world, populated by almost recognisable fantasies and cultural tropes. Very much an enthusiasts publication Atomage somehow managed to span a gap between the Avant Garde cultural practices of the Sixties and Seventies and the desires of thousands of ordinary people all over the world. ‘He was one of the apostles of fashion. I mean, he was one of the important designers of the 1960s that revolutionised everything ‘ he freed fashion from its applied traditional constraints. Before John came along the idea of a woman wearing leather was a shocking one. John was one of the movers of the Carnaby Street scene, and fashion never really looked back after this magical period.’ Robert Henley. 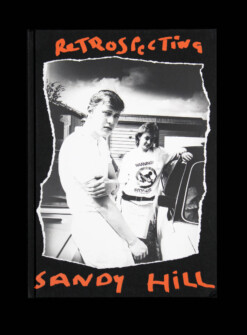 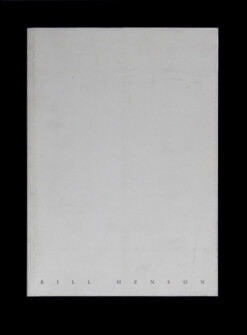